The Superior Colonies has now been released!  You can purchase the book here. 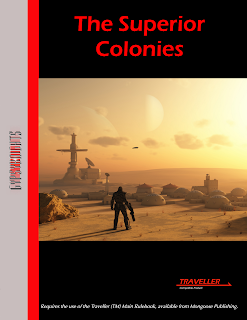 Three colonies on the vanguard of civilization!

The Superior Colonies are the most recently settled worlds of the Clement Sector.  In a sector already separated from the cradle of human civilization, the inhabitants of these worlds felt the need to divest themselves from the new status quo.

Superior - Home to an outcast genetic scientist and his followers.  A colony dedicated to creating better humans at any cost!

Tupolev - A lawless frontier fuel stopover where anything can be bought for the right price.

Brunson - The promised land to a group of devout pilgrims being led by a man claiming to have ancient knowledge.

The Superior Colonies comes with detailed descriptions of each of these settled worlds along with information concerning the remainder of the Superior subsector.  Random encounters and adventure hooks are included for each world to get your characters into the action with a minimum of preparation.

The Superior Colonies can be used as part of a continuing campaign within Gypsy Knights Games' Clement Sector background or as part of any Traveller or science fiction setting.  These worlds can be used in concert or be taken one at a time for your own Traveller universe.

Adventure awaits in the new colonies!

"Traveller" and the Traveller logo are Trademarks owned by Far Future Enterprises, Inc. and are used with permission.  The Traveller Main Rulebook is available from Mongoose Publishing.
Posted by Gypsy Knights Games at 3:25 AM No comments:

We're pleased to announce that Subsector Sourcebook 4: Sequoyah is now available in print from DTRPG and RPGNow.  You can purchase the book at this link.

Both SS3 and SS4 are currently available in softcover editions.  We hope to hardcover editions ready for the new year. 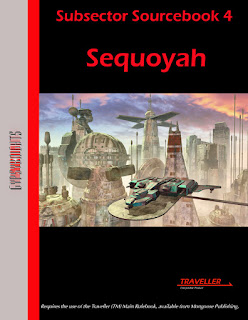 Posted by Gypsy Knights Games at 11:56 AM No comments:

Need to find an adventure dealing with redemption?  We've got it!  Characters stuck without cargo?  We can fill their cargo bay!   Need a passenger?  No problem.  We'll have that room filled in no time!

We're here to help!  The 21 Plots Index catalogs all of the 84 adventures found in 21 Plots, 21 Plots Too, 21 Plots III, and 21 Plots: Planetside.  There are entries for locations, themes, organizations, corporations, and more.
Simply browse the alphabetical index.  It will tell you which of our 21 Plots books has that adventure and the number of the adventure.  Quick and easy!

The 21 Plots Index is currently available FREE on DTRPG! 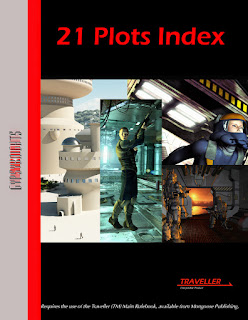 Posted by Gypsy Knights Games at 2:10 PM No comments: 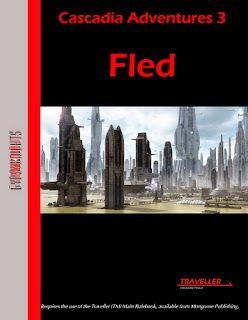 Posted by Gypsy Knights Games at 12:43 PM No comments:

Unfortunately, over the past few years, we have made a few errors.  We work hard to make sure this does not happen, but we do occasionally let a few errors slip past us.

We try to correct these as soon as we note them.  Corrected versions of the PDFs can be downloaded from DTRPG free of charge.  If you go to your Account page and then look at the first section called "Library", you will see a section titled "Updated Products".  There you go see the products which we (and other publishers) have updated since your purchase.

Sometimes these are small errors that escaped our attention, other times the errors are larger than we'd like to admit.  For instance, a short time ago, we noted that a page in SS4: Sequoyah was inadvertently replaced with a page from SS3: Hub.  That has now been repaired.


Posted by Gypsy Knights Games at 7:40 PM No comments:

Subsector Sourcebook 3: Hub is now available in in print from DTRPG. 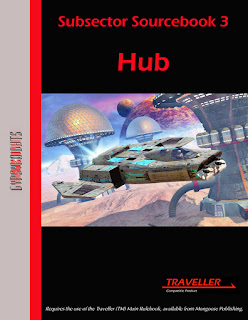 Posted by Gypsy Knights Games at 12:15 PM No comments: